Located in the southern outskirts of Matsue City, the Oba and Chikuya regions are home to many of Shimane Prefecture’s most famous cultural assets (historic landmarks, shrines, temples, etc.) and comprise the center of old Izumo. In recognition of these treasured cultural properties, the prefecture has designated this area (which measures 4 kilometers north-to-south by 5 kilometers east-to-west) as Yakumotatsu Fudoki-no-oka, a comprehensive field museum dotted with historic landmarks.

A number of important kofun (tumuli) are distributed throughout Fudoki-no-oka, including a conjoined-rectangle mound Yamashiro Futagozuka Kofun, the largest kofun in Shimane. During the Nara Period, the area was a major political, economic, and cultural center and saw the construction of now-historic sites such as Izumo Kokucho and Izumo Kokubunji. The shrines and temples associated with the Izumo Kokuso* clan are another example of the ancient history and culture that survives to this day.

* The head of Izumo Province

Located in the center of the region, the Yakumotatsu Fudoki-no-oka Museum displays artifacts found in the area as well as other exhibits such as a copy of the Izumo-no-kuni Fudoki* manuscript. Among these are Excavated Deer Clay Sculpture in Looking Back Posture and a sword inscribed with the phrase Nukatabe-no-Omi, two pieces which are well-known throughout Japan as designated Important Cultural Properties.

* Records of the culture and geography of the ancient I zumo 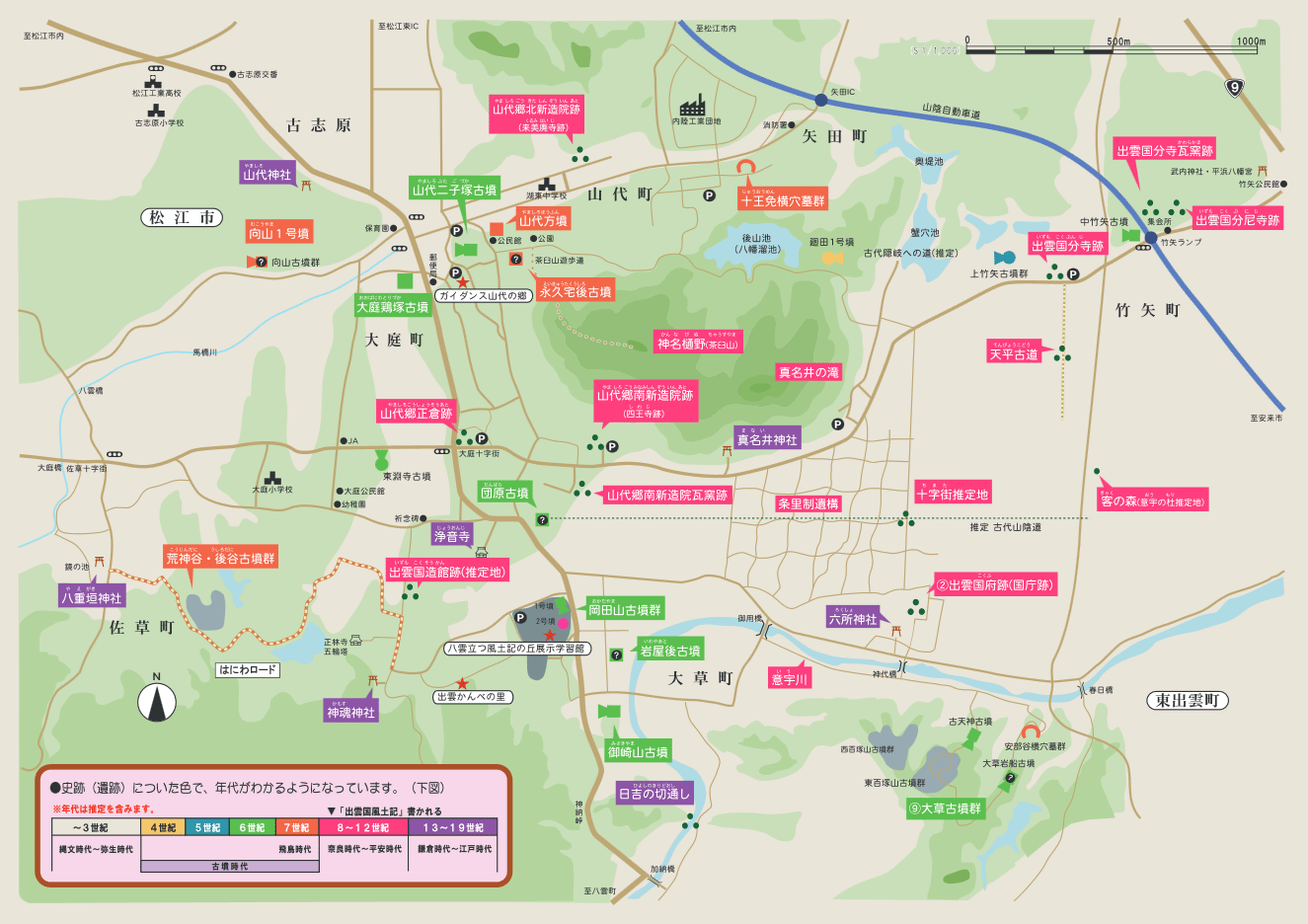